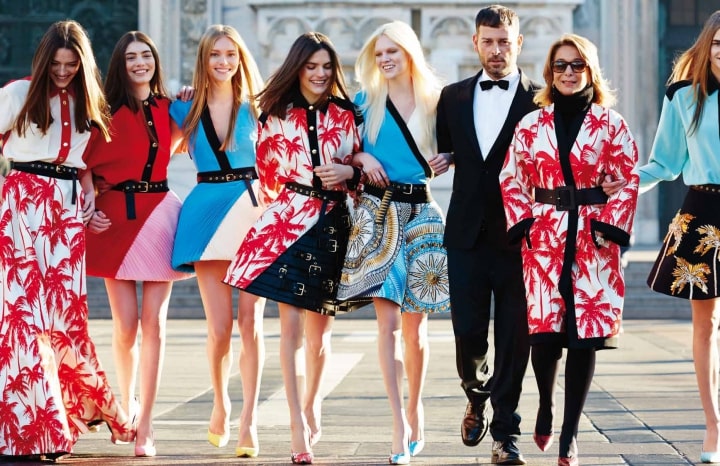 Italy is known not only for its pizza but also for its design knowledge. The nation has been responsible for centuries of high-quality craftsmanship, luxury designs, and sharp tailoring. The evolution of design and change in consumer tastes might be a challenge for some, but the ability of Italian designers to stay relevant has enabled them to stay at the forefront of the minds of fashion savvy individuals.

Italy produces and exports fashionable items by the truckload, with every piece finding a space on the market in record time. So how did Italy gain such fashion prominence and where did it all begin? We’ll answer these questions and more in this article. Continue reading to explore the rich history of Italian fashion culture.

Italian fashion has seen constant evolution since its inception until now and the country offers some of the best online fashion boutiques. However, it’s important to note that the roots of Italian fashion stemmed from varying factors, from emotions to creative expression. From haute couture in the 50s, Italy entered a century filled with massive bouts of creativity, matched with the youthful population’s need for freedom from authoritarianism.

Many fashion enthusiasts linked the birth of Italian fashion to the 1950s when the first Italian high fashion show was launched. This was a show organised by Giovanni Battista Giorgini, also known as Bista, a businessman and marquis with an eye for haute couture. Bista’s fashion show was attended by very few but highly recognized people, such as a handful of North American journalists and buyers. There were to be ten Italian designers showcasing, with each designer presenting eighteen models from around the country.

Being the first show, no one knew what to expect, but as the last model walked off the catwalk on the last day of the show, it became evident that fashion shows were more than just about clothes; they were events that evoked emotions from both the viewers and the designers. News of the fashion show’s success spread like wildfire, from Italy to the United States. Haute couture and fashion shows had given rise to Italy’s claim to fashion fame worldwide.

A decade later in the 60s, Italian fashion was characterised by pret-a-porter pieces, miniskirts, showy accessories, and flared trousers in bright colours of all kinds. Fast forward to the 1970s, the threat of the Cold War, together with the introduction of disco music and rock stars, saw fashion take a new and different turn. Maxi dresses became iconic clothing pieces, along with wedge shoes. The icing on the cake was the arrival of stretch fabric used in making disco dancer clothes; a style trend introduced by Emilio Fiorucci.

All clothing stores after the 70s were focused on the need to have an appealing physical form. Silhouettes and bold colours became a preferred choice, with edification items gaining popularity among the masses. Think ripped jeans, brightly colored tights, and leather trousers.

Checked shirts, slip dresses and high-waisted jeans are part of the 90s Italian fashion revolution. During this period, people are largely influenced by celebrities and television. Iconic pieces from previous eras were reintroduced but given a more minimalistic approach to fit the theme “less is more.”

Italian fashion has gone through major changes from one century to the other. The fashion industry has seen the nation bring new designers with fresh, eclectic ideas that feature impressive attention to detail.

From Versace to Tom Ford and finally Alessandro Michele, Italian fashion morphed from having a sleek and sexy image to a much more modern aesthetic. Moschino uses expressive motifs and designs to produce fashionable collections that have influenced the entire world and how it looks. We’ve also seen many classic fashion houses undergo a major revamp with help from renowned Italian designers such as Dior, Valentino, and Givenchy.

Why is Italian Fashion So Important?

Italian fashion remains one of the greatest contributors to the economy. From the fashion industry to textile companies and clothing accessories companies, significant revenue is generated daily, with several people gaining access to jobs and business opportunities.

Another thing of importance is how liberating the industry is concerning creativity. The Italian fashion scene always makes space for creativity, experimentation, and high-quality craftsmanship, which is a hallmark of high-class fashion.

All in all, there’s no denying that fashion delivers a level of creativity of self-expression that impresses and astounds. The magic never disappears in Italian fashion: it evolves from one exceptional era to another.

How to stay low-carb if you’re vegan or vegetarian