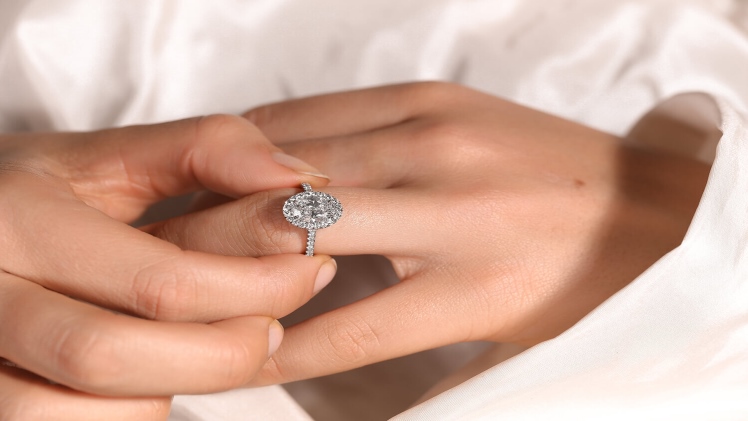 Women have long loved diamonds in the jewellery industry. Diamonds have contributed to various concerns over the years, including disputes and environmental concerns. Some people think that the advent of lab–grown diamonds has rendered the issues that diamonds cause obsolete. The term lab used to refer to it initially leads people to believe it is a mock–up. Artificial or lab–grown diamonds previously had a bad reputation. They are now widely accepted by everyone, not simply for their quality and consistent makeup that is nearly equal to a real diamond. Because the issues caused by natural diamonds could be resolved with synthetic diamonds.

While diamonds may dazzle us with their beauty, it’s important to remember the often dark and violent story of how they are mined and the negative impact it has on the environment. When you purchase natural diamonds, you are supporting child labour and other inhumane practices. In some parts of Africa, people might even kill others to get their hands on diamonds, so they can sell them in the market.

By wearing or supporting diamonds, we are turning a blind eye to the suffering of others and damaging our planet. Let’s choose to be more mindful about the jewellery we wear and the message it sends to the world.

Natural diamonds are typically trafficked into other regions of the world because they are in high demand, which is not only risky for those engaged in the trafficking, but also cruel. The cost of natural diamonds has increased due to this and other considerations.

The extremely hazardous and destructive technique of mining for diamonds only exacerbates the issues in the country where it is taking place. Finally, the country is shooting itself in the foot.

Synthetic diamonds can resolve all of these significant issues. Real diamonds and synthetic diamonds go along almost perfectly. For example, lab–grown diamonds prevent the ecology from being damaged because they are manufactured. The price has also considerably decreased as a result.

If you chose a lab diamond over a natural diamond, you would be contributing to the end of child labor, the production of weapons, and mining–related violence. Lab diamonds are created in a controlled environment, so they are not associated with these negative activities. Natural diamonds are more valuable because they are rarer, but lab diamonds offer their own set of benefits that might make them a better choice for you.

1. No difference between lab-made and natural diamonds

2. Lab–made diamonds are bigger than natural ones

Contrary to natural diamonds, synthetic or lab–made diamonds are rarely created by chance or randomization. Scientists are now more frequently able to produce diamonds that are brighter and larger because of tightly controlled production circumstances. This is due to the fact that they can better control the size and shape of the diamond when creating it in a lab.

3. It is much less expensive

This is a given because the manufacturing process of a lab–grown diamond doesn’t really take thousands of years like that of natural diamonds. A natural diamond can expect a cost decrease of up to 25%, and given the quality of the rocks, they are always a fantastic bargain.

4. The environment will not be harmed

Artificial diamonds are created with few resources , and in laboratories with little to no environmental impact, unlike diamond mines which frequently leave the natural area in ruins.

5. Lab diamonds are free from conflict

Most natural diamonds originate from Africa, where they are mined in conflict-ridden, and unstable. This typically leaves a trail of abuse, conflict, and even civil wars in its wake. Even diamonds from regions plagued by sectarian strife are extracted using underprivileged labour and violating human rights. Lab-grown diamonds are not subject to such debate because they make professionals in a controlled environment, leaving no doubt about their origins.

White crystals are more challenging to grow in a laboratory than their coloured counterparts, and thus they are more expensive. Blue and yellow lab-grown diamonds cost only about 10% of what mined diamonds cost.

7. You will get clarity from the lab diamonds

Lab-grown diamonds are grown in a more controlled environment, which results in fewer stones with blemishes or inclusions. In fact, many producers have perfected their procedures to the point where they can guarantee flawless or almost flawless diamonds. Additionally, some lab diamond companies apply a protective coating to the stone that not only safeguards it from damage, but also makes it appear brighter and more lustrous. Consequently, you can expect greater clarity, increased durability, and a radiant sparkle from a lab-grown diamond.

While some oneself may not be persuaded to give their fiancée a research facility-made diamond, others may find them to be a cost-effective solution that can be enjoyed with such a clear conscience. There are numerous reputable online stores that sell exquisite and perfect in every way loose stone as well as beautifully handmade lab grown diamond jewellery.

A piece of diamond jewellery is a perfect present for someone you love or even for yourself. Diamonds are incredibly versatile and can be worn for both formal and casual events. By opting for lab–grown diamonds, you can spend your money on a beautiful, high–quality item that is also eco and ethically friendly.