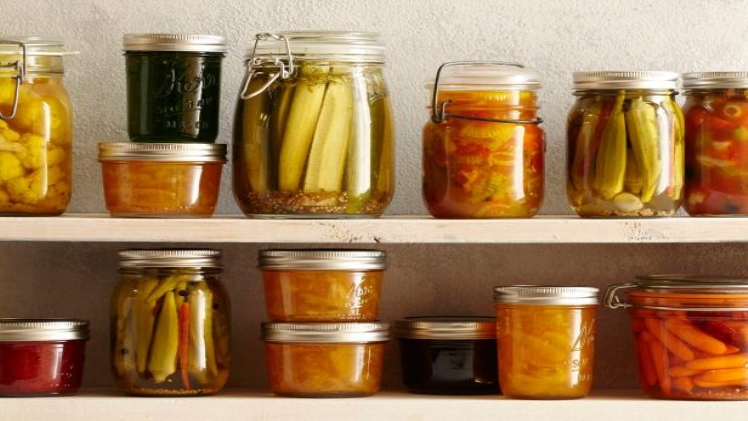 By these definitions, psychrophiles would be expected to occur only on products from oceanic waters or from extremely cold climes. The organisms that cause the spoilage of meats, poultry, and vegetables in the 0–5◦C range are psychrotrophs.

It has been suggested that psychrotrophs can be distinguished from nonpsychrotrophs by their inability to grow on a nonselective medium at 43◦C in 24 hours, whereas the latter do grow.50 It has been shown that some bacteria that grow well at 7◦C within 10 days also grow well at 43◦C, and among these are Enterobacter cloacae, Hafnia alvei, and Yersinia enterocolitica (ATCC 27739).34

These are eurypsychrotrophs, although there are others that grow well at 43◦C but only poorly at 7◦C in 10 days. Typical of stenopsychrotrophs are Pseudomonas fragi (ATCC 4973) and Aeromonas hydrophila (ATCC 7965), which grow well at 7◦C in 3–5 days but do not grow at 40◦C.34 There are three distinct temperature ranges for low-temperature stored foods. Chilling temperatures are those between the usual refrigerator (5–7◦C) and ambient temperatures, usually about 10–15◦C.

TEMPERATURE GROWTH MINIMA Bacterial species and strains that can grow at or below 7◦C are rather widely distributed among the Gram-negative and less so among Gram-positive genera (Tables 16–1 and 16–2). The lowest recorded temperature of growth for a microorganism of concern in foods is −34◦C, in this case a pink yeast. Growth at temperatures below 0◦C is more likely to be that of yeasts and molds, than bacteria.

This is consistent with the growth of fungi under lower water activity (aw) conditions. Bacteria have been reported to grow at −20◦C and around −12◦C.45 Foods that are likely to support microbial growth at subzero temperatures include fruit juice concentrates, bacon, ice cream, and certain fruits. These products contain cryoprotectants that depress the freezing point of water. PREPARATION OF FOODS FOR FREEZING The preparation of vegetables for freezing includes selecting, sorting, washing, blanching, and packaging prior to actual freezing.

Foods in any state of detectable spoilage should be rejected for freezing. Meats, poultry, seafoods, eggs, and other foods should be as fresh as possible. Blanching is achieved either by a brief immersion of foods into hot water or by the use of steam. Its primary functions are as follows: