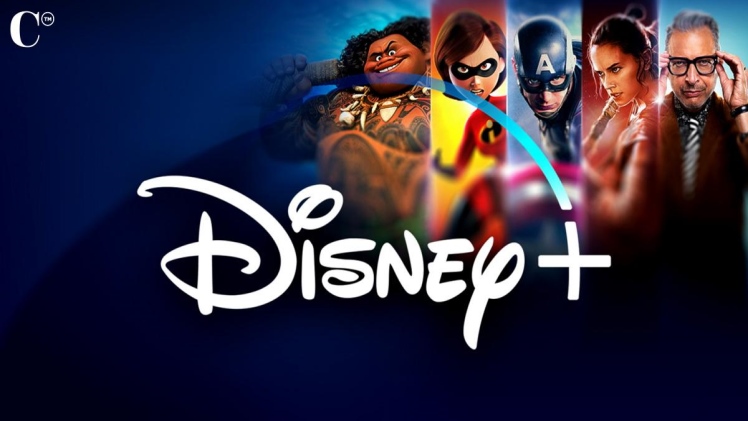 Entertainment companies don’t come any bigger than Disney. It’s the biggest entertainment media company in the world by quite some considerable distance and probably falls into the category “too big to fail.” You’ll often see Disney portrayed as the richest company of its kind in the world, and based on most metrics you can judge things by, that’s true. However, even the biggest and most infallible of giants can get into choppy waters every now and then. That appears to be happening to Disney right now. There’s no other reason why Bob Chapek would be fired (some sources say he quit, but most say he was fired) less than six months after signing a new multi-year contract to stay with the business. However, some analysts are beginning to wonder whether Chapek’s downfall wasn’t so much about the poor management of Disney as it was about the poor management of Disney Plus.

When Disney Became a Tech Business

When Disney came up with Disney Plus, it changed the nature of what Disney is and what it does. It has always been exactly what we called it at the very beginning of this article – an entertainment company. To be more specific, Disney, from its birth until a few years ago, has been an entertainment company that operates theme parks and makes movies. All of that changed when Disney Plus came along. By designing, building and then launching a media streaming service and handling the whole process in-house, Disney became a tech company – and being a tech company is something that it had no previous experience in.

Disney Plus launched in November 2019. It seemed to be a great success straight out of the gate and was touted as an even greater success as time went by. It vastly outperformed expected subscriber numbers during the first few months of its existence. It broke through the one-hundred-million-subscriber barrier in May 2021, which was hailed as a fantastic achievement. Here in November 2022, with the service celebrating its third birthday, the total number of subscribers reached is around 164 million. That’s a massive number of paid subscribers and should ensure that the streaming service Bob Chapek championed is enormously profitable. The problem is that it isn’t – and it’s not even close.

Disney Plus is a Money Pit

Depending on who you believe, Disney Plus may or may not have more subscribers than Netflix. That’s an incredible achievement from a standing start three years ago, yet it’s still losing money – and we’re not talking about small amounts of money. According to the most recent figures available, Disney Plus lost $1.5bn in Q2 of 2022. That’s a staggering figure, and if left unchecked will result in a loss of six billion dollars by this time next year. No mega-corporation – not even Disney – can put up with a department posting such colossal figures in the long term. The poor financial performance of Disney Plus is dragging down the company’s share price – and shareholders have started to take notice. This is another factor in the dismissal (or resignation) of Bob Chapek – investors stopped believing him when he offered reassurances.

Since the beginning of 2022, Disney’s share price has dropped forty per cent. That shouldn’t be happening. The company was always likely to lose money while its parks were closed during the pandemic – and it did – but late 2021 and 2022 should have seen a huge recovery. The parks are busy, but Disney Plus isn’t holding up its end of the bargain and is rapidly turning into a weight around Disney’s neck. There’s an increasing feeling both inside and outside the company that it can’t continue to exist in its current format.

For several years now, people have talked about “the streaming wars.” Those wars were always going to claim victims eventually, and now it may finally be happening. People are happy to pay a monthly subscription for quality content, but there’s a limit on how many monthly subscriptions they’re willing to pay for – and we may have reached it. On top of that, there’s a near-global recession going on, and people are struggling with household bills. People have to cut costs, and television subscriptions are among the first things to go. As streaming services fight to survive, corners get cut. We’ve seen this happen somewhere else before – within the iGaming industry.

When casinos began to move online in the early 2000s, they were a novelty, much as the first streaming sites were a novelty. Fast forward to today, and there are far too many of them. SisterSite.com, which keeps its eye on such things, counts more than five hundred online casinos serving the UK alone, plus more than forty casino operators. Customers aren’t just spoiled for choice; they’re saturated by it – and that’s why, in the past year or so, we’ve seen casino companies buying each other out and individual sites beginning to close. 888 Holdings, one of the biggest casino operators in the world, recently sold off all of its bingo sites. The companies that operate iGaming sites on the internet have had to make tough decisions about what makes money and what doesn’t, or what’s a core part of the business and what isn’t. That which doesn’t bring in cash gets sold off or shut down, and conversations will surely be happening within Disney Plus about doing the same thing.

We’ve seen it suggested that Disney Plus could make money by serving fewer customers overall but charging more money per subscription. That would work. Disney has super-fans all over the world, and many of them would likely have no objection to paying twice as much per subscription as they are now. The question is whether the higher rate per user would be sufficient to counteract the loss of all the people who wouldn’t be willing to pay that amount. The other question is whether it would plug the enormous financial hole even if it did.

The second option – the one that Disney will be loathe to consider – would be to shut the money pit down and sell the rights to its films and television shows to Netflix, Amazon Prime, or somebody else. That means no more losses and a guaranteed income, but it also means accepting defeat – something that Disney historically doesn’t like to do. Bob Iger is now back in the hot seat at Disney, and he’s seen as a safe pair of hands, but he’s got some difficult decisions to make.

The Insider on Skoda Kodiaq