Google Is Taking Another Shot At AR Gaming 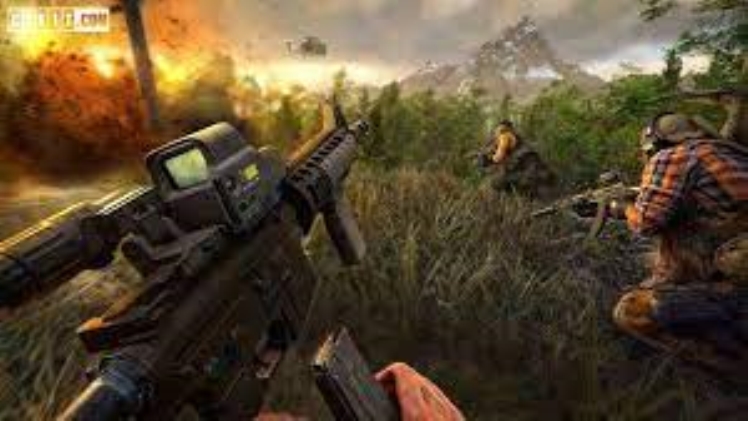 Google is one of the most successful technology companies in the world. Depending on how you look at it, you could even say that it’s the most successful technology company of them all. It owns YouTube, attracting daily viewing figures that television network companies could only dream of. It’s also the world’s most popular search engine by an enormous, insurmountable distance. It’s no longer possible to imagine a world without Google Search – we wouldn’t be able to find our way around the internet without it. Despite that, not everything Google touches turns to gold.

If there’s one area where Google has failed consistently, it’s video gaming. The company’s attempt to break into the video gaming market with the launch of Google Stadia a few years ago has been a miserable failure. The platform has failed to attract a significant market share. Most analysts now believe that the company is attempting to package up the technology behind it and sell it as a white-label video game streaming platform. It’s also failed to develop any video games worthy of note. Even with these failures still visible in the rear-view mirror, the company has not given up hope. It intends to make a splash in the world of AR and VR gaming – and it’s just made a major acquisition that might help it on that front. Google is the proud new owner of Raxium.

The name “Raxium” might not be familiar to many of our readers, so we’ll give you the basics. Raxium is a MicroLED display company. The five-year-old company believes that the display tech it’s developed is five times more efficient than any other AR display technology in the world. It’s faster, lighter, and capable of displaying far sharper visuals than anybody else in the field. Through that technology, Google hopes to create a new generation of virtual reality and augmented reality headsets. Big, bulk headsets have always been the biggest barrier in the way of the gaming public accepting and adapting to VR gaming en masse, and Raxium’s technology could be the answer. If the power of an AR or VR helmet could be condensed into a device no larger than the average pair of spectacles, millions of people might be persuaded to give AR or VR gaming a try for the first time.

None of this is to say that augmented reality and virtual reality gaming aren’t already popular. The most popular AR game of all time is Pokemon Go, which seemed to be everywhere when it was released in 2016. That’s six years ago, and you may recall at the time that there were news stories about people wandering into traffic or otherwise making nuisances of themselves when the game first went viral. Reports like that don’t appear on the news anymore, but the most recent statistics available indicate that Pokemon Go still attracts over three hundred thousand users every day. The game has never gone away – it’s just that it’s no longer considered to be newsworthy. If three hundred thousand people can be persuaded to play a relatively niche interest game every day, how many more might be persuaded to play an AAA title?

Pokemon Go isn’t the only AR game that’s popular. It’s not even the only gaming genre that people enjoy playing in AR and VR. The idea has begun to catch on at online casinos and slots websites. Casino sites started to expand beyond traditional slots and table games several years ago. The leading ones now offer live “game show” attractions, some of which are available in AR and VR. Such games aren’t available everywhere yet, but casino reviews at Sister Site indicate that new casinos tend to make a point of prominently featuring such games as a way of demonstrating to players that they have the latest cutting-edge features and products available. Millions of people worldwide log on to play at online casino sister sites every day, so if a player base of that size can be persuaded to check out AR technology, there’s no longer any reason to believe that traditional video gamers aren’t also ready to step into the augmented reality world. All they need is the right set of games and technology to make it worth their while, and this latest Google acquisition might be the first step in a journey that will take them there.

Other than publicly announcing the acquisition, Google has remained tight-lipped about what its AR plans for the future are. However, it’s possible to confirm that they’re actively working on something big by looking at the business moves they’ve made in recent years. In 2020, Google paid big money to acquire North, a glasses company. More recently, they hired a new set of engineers to work on an operating system that runs in AR. The project to develop the next Google AR headset is believed to be called “Project Iris” and is currently underway within Google Labs. Several years of work have gone into this project already, so the acquisition of Raxium is just the latest in a long line of moves designed to put Google at the head of the queue when the public is prepared to accept VR technology with open arms.

The Raxium website has not yet been updated to reflect the fact that the company is under new management, but it finds time to boast about the tiny pixel pitch on its devices. For the uninitiated, pixel pitch is the distance between the middle of one pixel and the middle of the pixel next to it. In Raxium devices, that distance is just 3.5 microns. The next most efficient device available on the market today has a distance of fifty microns. That’s still an infinitesimally small distance, but it means that Raxium can fit many more pixels into a tiny space than any of its competitors can. That, presumably, is the factor that drew Google’s attention. This move opens up exciting new possibilities for Google, and so we expect to hear announcements about new AR and VR technologies and hardware before the end of the year.