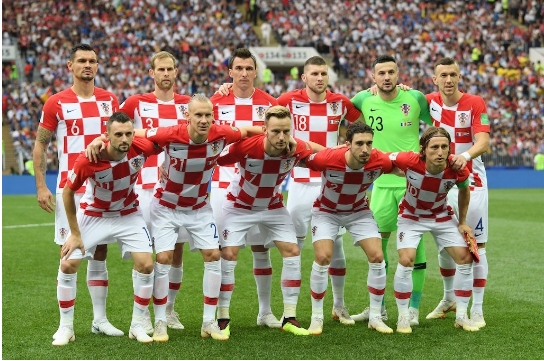 Speculations are doing the rounds regarding Belgium going down, which is being taken with a pinch of salt by all of the members of Croatian team and chief coach.

As very much expected, there are numerous kinds of speculations seemingly floating in the air regarding the Belgium team. If what is being said and handed out contains even an iota of truth, the picture that is being portrayed and visualized is that the Belgium side is supposedly in a very unfortunate situation. However, at the camp of the Croatian team, and especially in the expert opinion of their chief coach, Zlatko Dalic, they are taking all of these floating rumors in their stride and with a pinch of salt. In no way are they allowing themselves to be influenced in any way to let their guard down for even a fraction of an inch. Full and methodical preparations are taking place for the ultimate match that is going to be played out on Thursday, with both teams pitted against each other.

This match, incidentally, will be the deciding one in terms of the Group F showdown. However, all said and done, it happens to be an absolute fact that, way back in the year 2018, Croatia managed to defeat Belgium’s team successfully. That knowledge somehow has no influence on the Croatian team in their readiness for the upcoming game. In the present scenario, however, it happens to be the Croatian team that is looking for just one single point in order to ensure their firm positioning in the last 16. On the other hand, where the Belgium team is concern in next Croatia vs. Belgium match. Belgium requires at the least one win which happens to be an absolute must to make way to move forward in next round.

The present scenario in both of the camps of Croatia and Belgium is that either side is not taking the opponent in any way lightly. Both of them are completely aware of the other side’s potential in the game of football and the sheer mastery that will be displayed throughout the match. Both teams are also agreeable to the fact that even a little hint of any kind of weakness will be fully taken advantage of by the opposing side. Both sides are leaving no stone unturned in measuring out each other’s formidable opponent and just about leaving nothing to chance. They are both also one on the fact that they are indeed up against one of the toughest playing teams in the World Cup. There is just no room for any kind of laxity and complacency in any form. The ultimate result of the upcoming game between the two football titans could be anyone’s guess.