Cooking’s the opposite of science: its alchemy 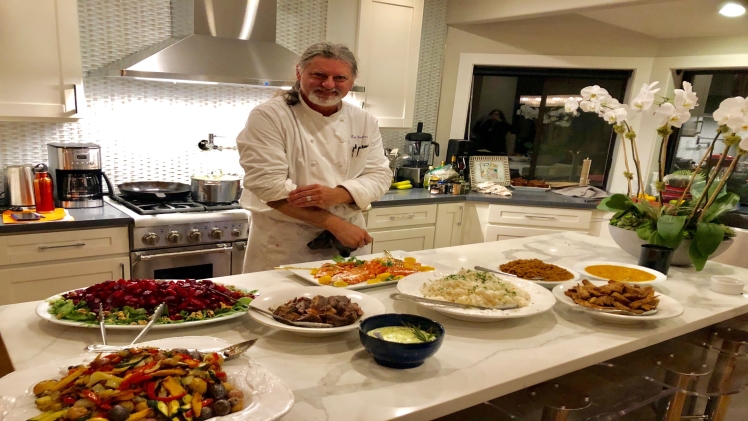 Summer ingredients rarely want to be cooked, but this is the dish to make when you want to coax deep flavor out of the eggplant and tomatoes that you bring home from the market. You can’t be afraid of fat here; the butter and olive oil are essential for cooking the eggplant. “It soaks them up,” explains Waxman, “and they help it cook properly.” The gnocchi itself can be store-bought and frozen; it’ll brown straight from the freezer in a pan of hot fat and finish cooking in the sauce.

Coat a stainless-steel sauté pan with olive oil (about ¼ cup). Raise the heat, and just before it starts smoking, add the eggplant and don’t move it around. Season with salt and pepper. After a few minutes, when the eggplant has had time to color, shake the pan. If the eggplant is sticking (and it very well might), add a knob of butter (let’s say 1 tablespoon) and shake the pan again.

Let the eggplant keep cooking until it detaches, and then toss the eggplant around by shaking and flipping it in the pan. Lower the heat slightly. After a few more minutes, when the eggplant is golden brown on all sides, take a large piece out and cut into it. Taste it: if it’s cooked all the way, or almost all the way, you’re ready for the next step.

This is a good time to adjust the seasoning too. Add all the tomatoes and their juices. Season with more salt and pepper, add a glut of olive oil, and toss